About our hotel "Bagration"

Hotel overlooking the Neva in the business and tourist center of St. Petersburg

In walking distance from the hotel are such historical sites as the Tauride Garden and the Tauride Palace, the Memorial Palace. A.V. Suvorov. Convenient transport accessibility of the hotel allows you to reach the main attractions of the city in 20 minutes.

It offers 88 four-star rooms from standard to suite with a view of a quiet, courtyard or panoramic views of the Neva, Bolsheokhtinsky bridge and Alexander Nevsky bridge. Each room has everything you need to relax: a bed with an ergonomic mattress, mini fridge, LCD TV, hairdryer. All rooms are designed in the same style, harmoniously combining modern, loft elements, naturalness and simplicity of eco-direction.

24 hours a day at the reception, guests can order excursion services, transportation services, dry cleaning and ironing. For guests traveling by car, the hotel has free secure parking, which can accommodate including tourist buses.

Hotel in the historical mansion of the Bagration family

The building in which the Bagration Hotel is located has a rich history and famous owners. An old St. Petersburg mansion on the banks of the Neva was built for His Serene Highness Prince John Grigorievich Gruzinsky, the head of the House of Bagration (Bagrationi). John Grigoryevich is a direct descendant in the male line of the last Georgian king George XII, a representative of the Bagration dynasty, the beginning of which dates back to the 8th century.

The prince became famous as a collector of monuments of Georgian writing, artistic coinage and historical relics. Shortly before his death, His Serene Highness Prince Gruzinsky transferred the family book collection to the Imperial Public Library.

The mansion was built in 1877-78 by architect Alexander Dolotov. The building was restored in 2015-18 and completely converted into a hotel that meets modern standards. The hotel was symbolically named in honor of the famous royal family of Bagrationov, among them the outstanding general Pyotr Ivanovich Bagration, as well as writers, religious, cultural and military figures. 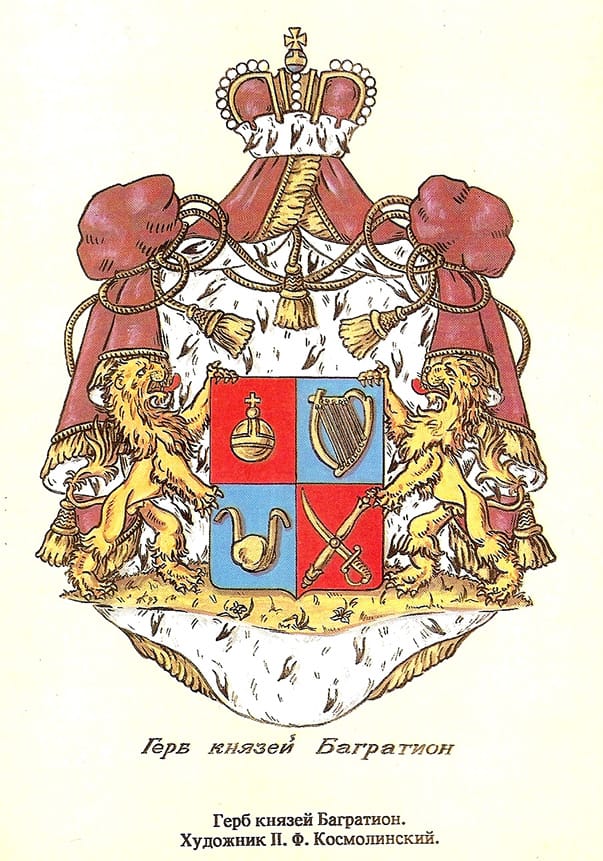